It looks like you're new here. If you want to get involved, click one of these buttons!

I'm Ryan, aka EXOR StoneRazer, aka StoneRaizer. I'm back after a lengthy absense.

"Where you been Stoner?"

Grab a beverage, a pizza and start a fire, it's going to be a while.

I'm not exactly sure how long it's been since I've played, so I'll go back to August 2013 when my life started changing dramatically. I had been working at the Walmart Pharmacy for a couple years when the store decided to change management and the computer system. Customers were pissed, it was poorly implemented and I landed in the hospital due to stress. I explained to the doctor that everything about me was fine - financially, socially, family life, everything was good except for work. The doctor gave me a note for 2 weeks off on the condition that I use it as my two weeks' notice.

November 2013 I started a new job at a small independent pharmacy in town. I thought things were going well but I had a dust up with a coworker. I found out that she had lived around the corner from me so when my city had a big snowstorm I went over to offer to help shovel her driveway. She went to HR complaining that I was stalking her. At the end of my 3 month probation in January 2014 I was let go because "I didn't fit in." I was devastated. 36 hours later, my Mom had a heart attack. I thought that me losing my job had caused it, but it was merely an unfortunate coincidence. I fell into a deep depression, hardly ate a bite of food for a week, and my weight dropped from 185 lbs to 170 lbs. I also started to see a counsellor to help me rebuild my mental health. I was seeing him every week, then as I got better every two weeks, and eventually every month. Mom is fine by the way. She had stents put in, was on some medication, and today it's impossible to tell that she's had a heart attack.

In May of 2014 I got a call out of the blue. It was from one of the pharmacists that I worked for at Walmart. He had left and was now at Shoppers Drug Mart, a large chain of drugstores in Canada similar to CVS or RiteAid in the US. He invited me to come work for him part time. He had no idea of everything that had happened the previous few months. I figured if this is happening it must mean that I'm mentally ready to return to work.

October 2017, I'm still working at Shoppers Drug Mart for the same guy. The store recently expanded to four times the space that the previous store had. My boss promoted me to full time as a merchandiser instead of in the pharmacy because "you're really good with customers so I want you on the floor to boost sales." Now that I'm full time, have a more consistent schedule and more money, I can afford to start gaming again. The fact that the new store had a Xbox One S 500GB bundle with Forza Horizon 3 and the Hot Wheels expansion helped twist my arm a bit too. I was able to pick up that, a headset, rechargeable batteries with charger and FM7 for $326 and change.

Since we're also a car club, I also had to purchase a new real life daily driver. I was driving a 2008 Nissan Versa. On May 4, 2016 I was at a four way stop. I had right of way, but a woman in a Mitsubishi Outlander SUV decided to run a Stop sign and t-bone me. I was hit on the right rear passenger side door, causing all of the side airbags to deploy. She hit me so hard that I was hit again by another vehicle on the rear driver's side quarter panel. My car was written off and I was given $7300 from insurance. I used that as a downpayment to buy a 2015 Chevrolet Spark LT2. Heated seats and mirrors, pleather interior, a/c, dealer even gave me $50 to put towards a K&N filter. Cost me $12 500 for a one year old car with only 30 000 km (18 600 miles). The paint is factory colour, but the windshield banner and green Chevy bowties are aftermarket. 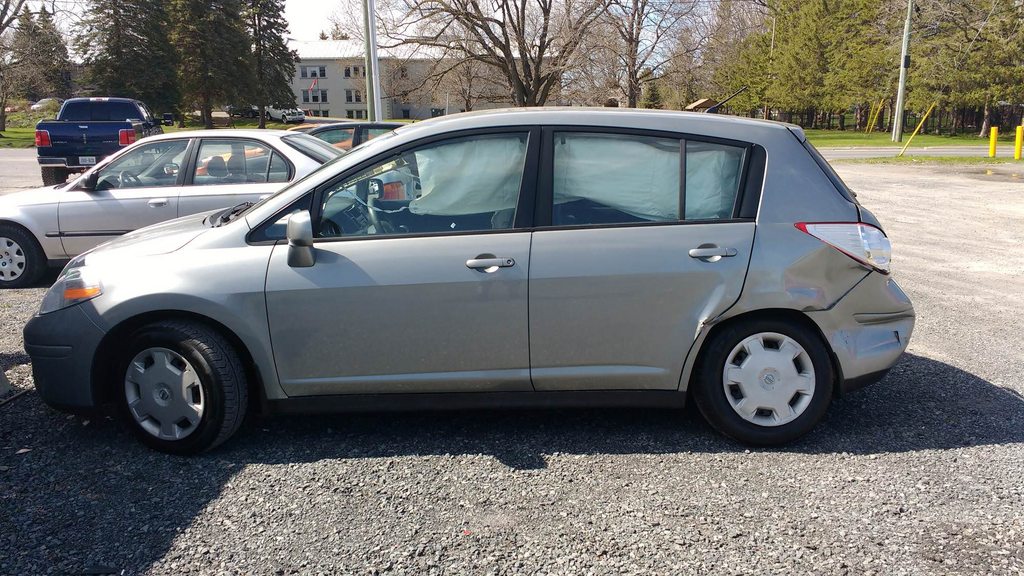 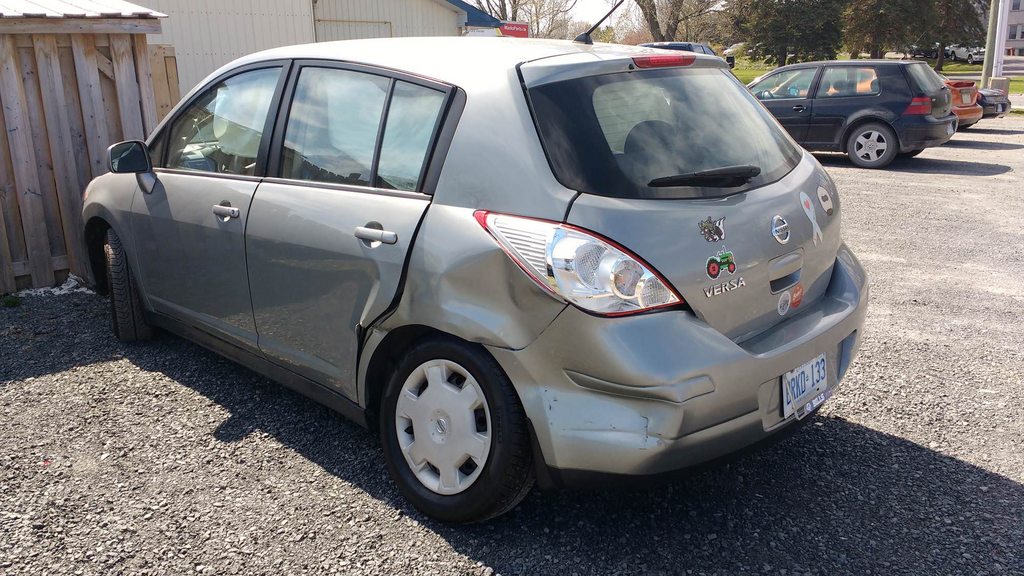 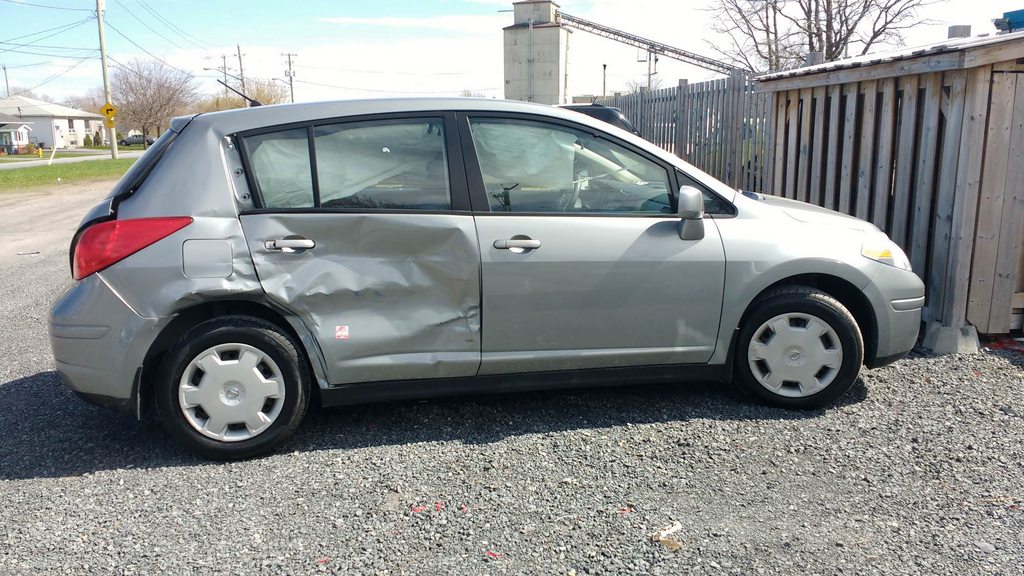 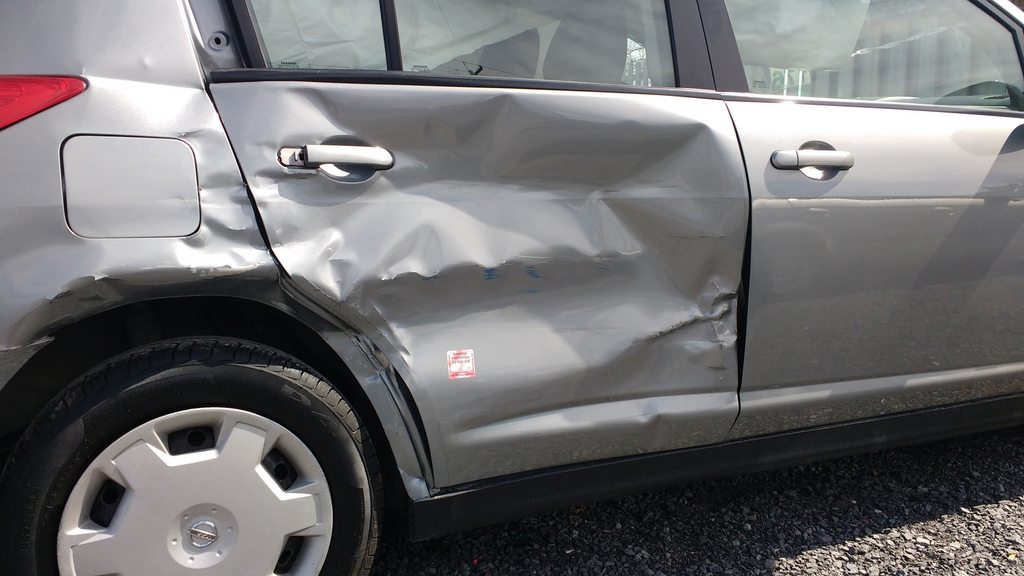 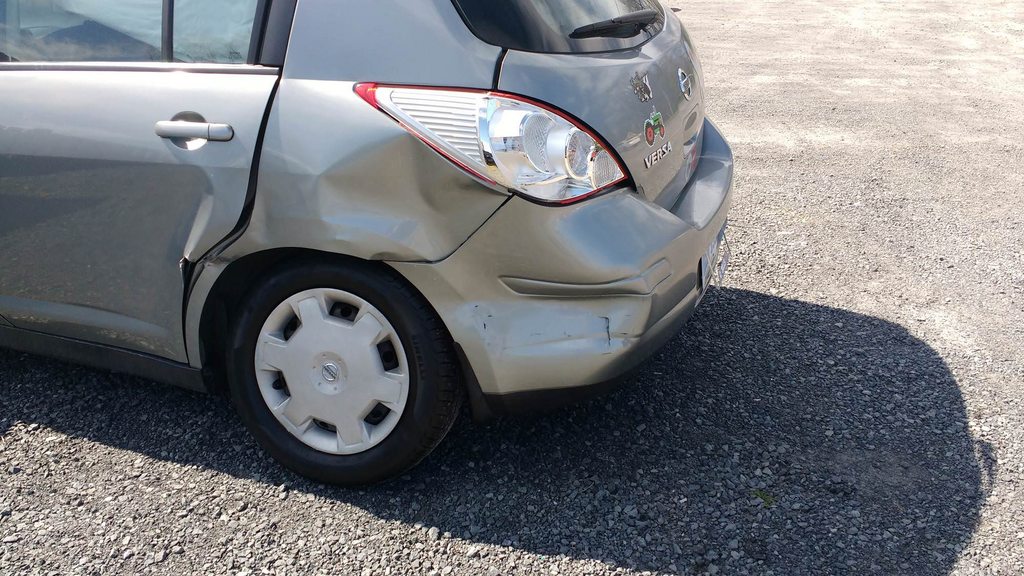 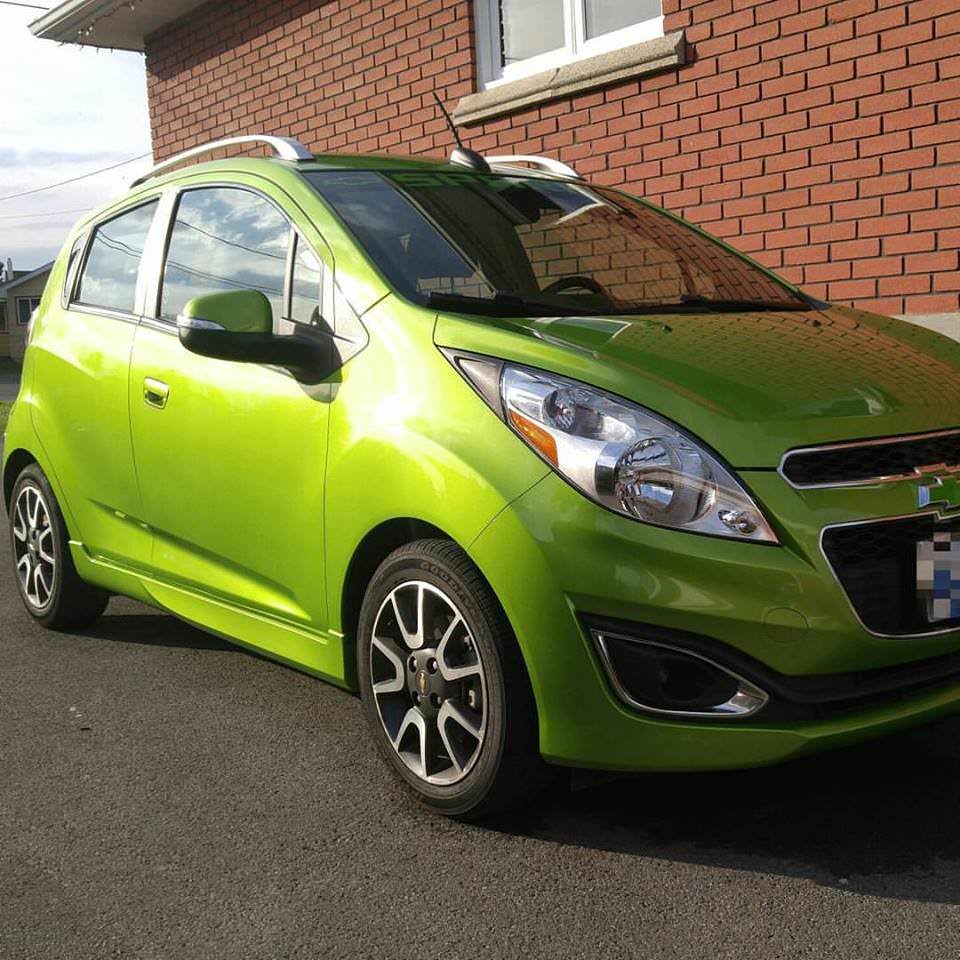 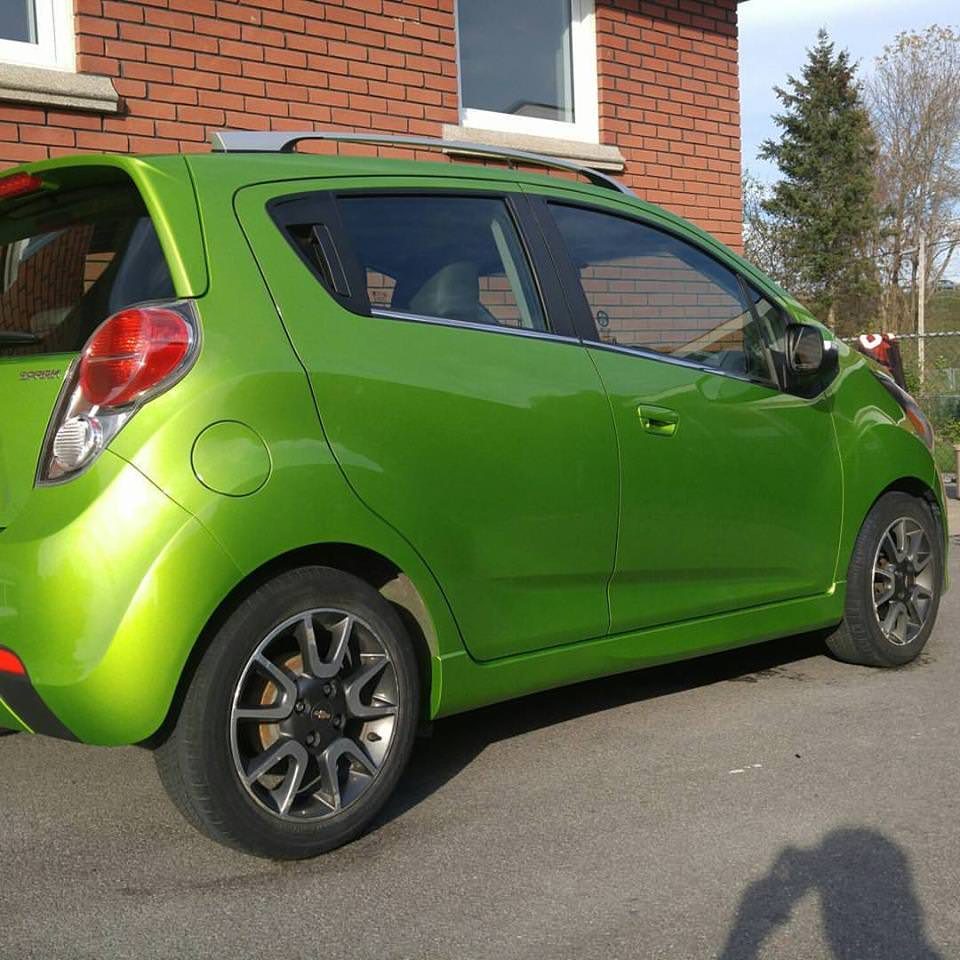 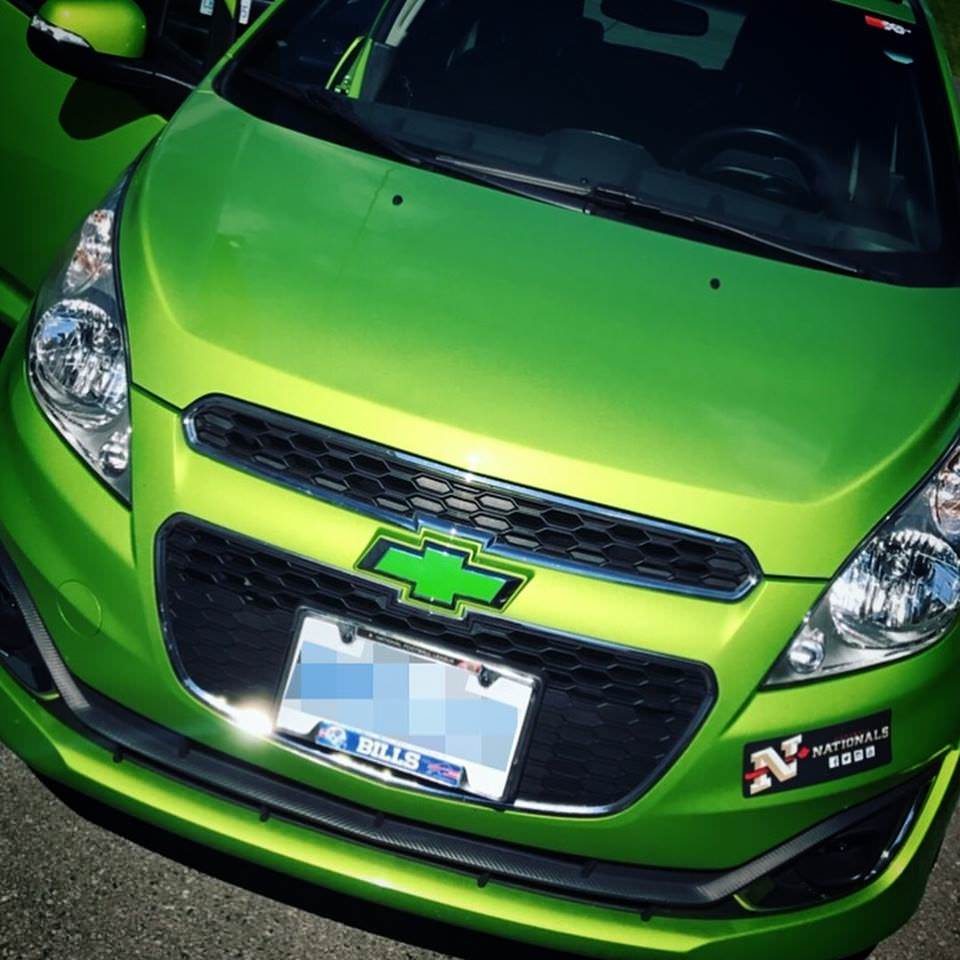 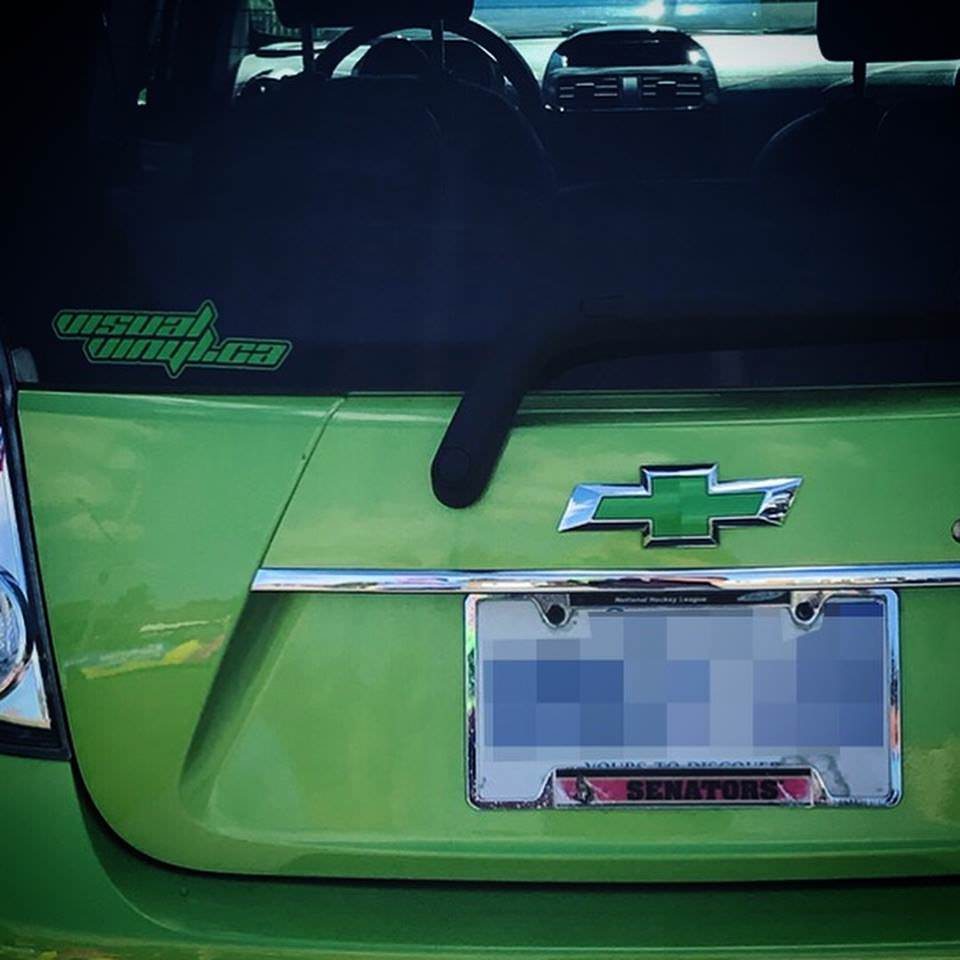 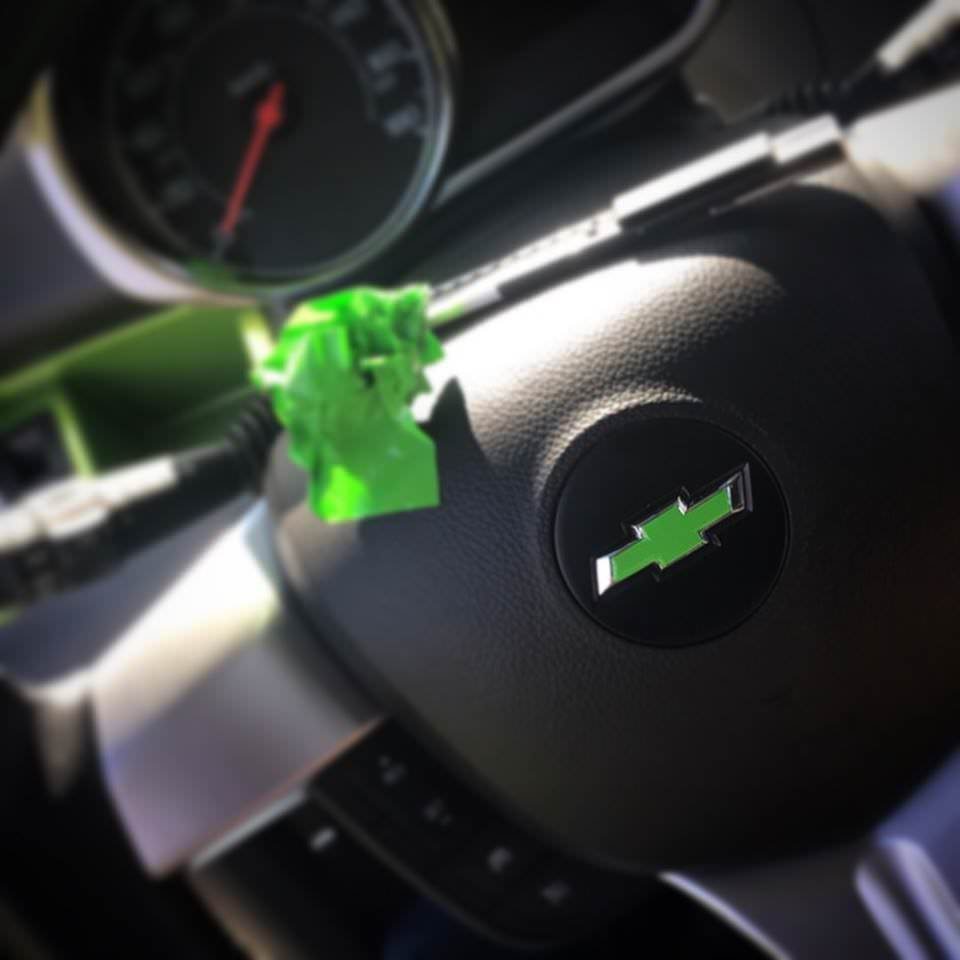 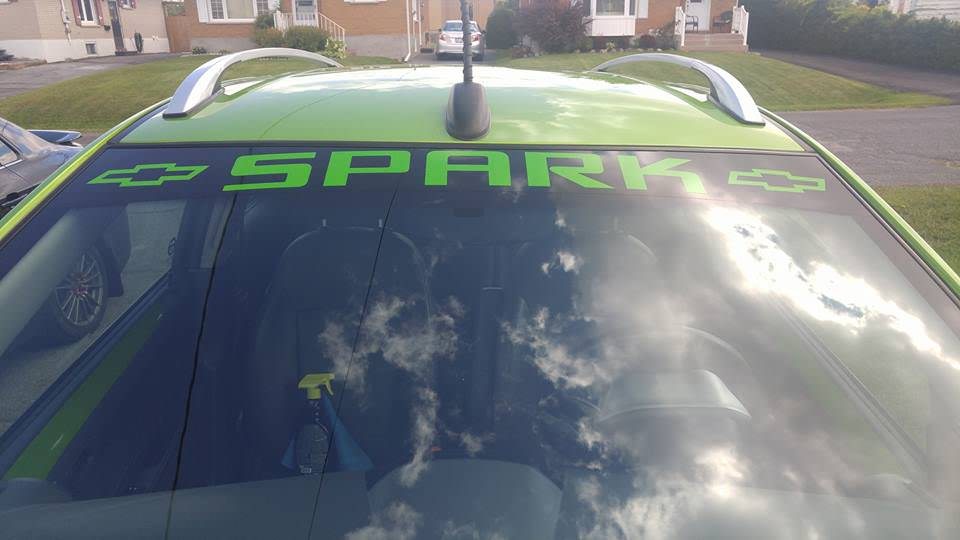