It looks like you're new here. If you want to get involved, click one of these buttons!

RenoWrench
March 2017 edited May 2017 in Community Events and Race Series
Restrictor plate era NASCAR! When cars were square and there was a guy with a cowboy hat. 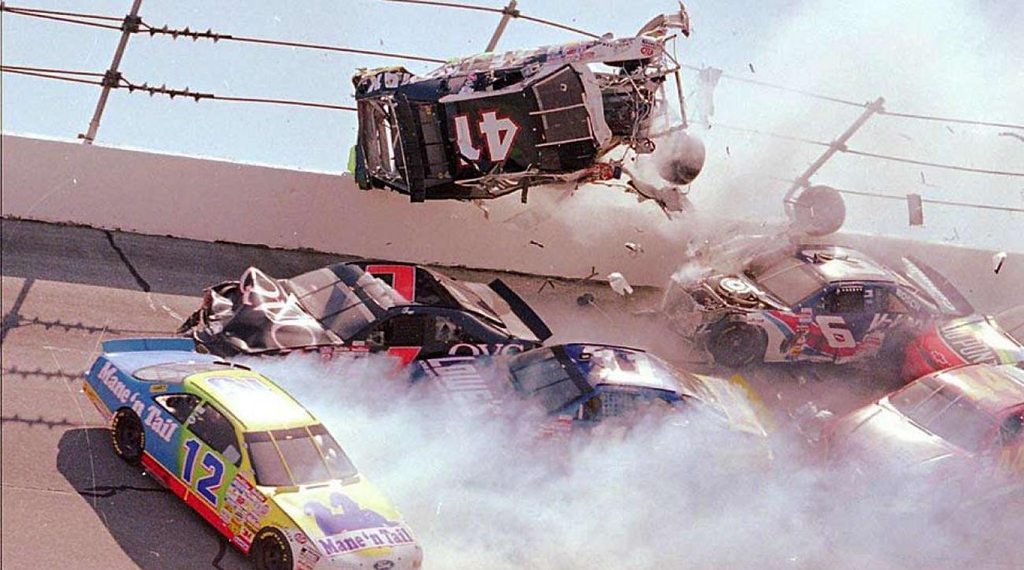 Aside from being a Buick, it conforms pretty closely to what the cars of the era would have been. Tire width and weight are really close to RL. The engine displacement is wrong and the car is probably down 100-150hp compared to the real thing since I didn't want to put it into S class and the 7.0 swap runs a carb and sounds the best.

It's a surprisingly fun build to drive.

You can build a car with 550hp that won't meet the room specs (don't ask me how but a few of us have managed to do it). Forza does a lot of rounding. Please double check that your car will be legal in a multiplayer lobby before race night.

Race nights will consist of qualifying (no collisions, 3-5s starting intervals) and with grid order set to manual. For double race nights the second race will have its grid order determined by reversing the finishing order of the first race.

Sometimes there's a little too much rubbing when racing. On those occasions, a yellow flag can be called.
A yellow flag requires that there be an accident which causes one or more cars to come to a complete halt (or near as can be expected).

Single car incidents due to driver error do not warrant a yellow flag.

During a yellow flag all racers must slow to a speed of 60mph and maintain an orderly single file formation while the field re-forms. On-track passing is not allowed during yellow flag laps with the exception of cars that are attempting to un-lap themselves.

Cars which have been lapped are allowed to un-lap themselves and rejoin at the rear of the field in an organized and courteous manner.

Pitstops are allowed during yellow flags and pitting cars must rejoin the at the rear of the field in an organized and courteous manner.

Lapped cars which chose to pit are not allowed to un-lap themselves and must rejoin at the rear of the field in an organized and courteous manner.

Cars that are un-lapping themselves or rejoining at the rear of the field are allowed to exceed the 60mph speed limit until they have caught up.

After the field has regrouped the race will restart when the leader next crosses the finish line.

Yellow Flags cannot be called within 3 laps of the finish.

Please review the Rules of Clean Racing. While not everything is relevant to Forza, it provides a good basis for courteous and clean racing .

Remember, the race isn't won in the first corner! That being said, sometimes things happen and restart may be called if there are a significant number of cars involved in a first lap incident.

Full points progression is available on the Results spreadsheet.

Points are awarded down to 20th place and the points structure reflects how points were awarded during the early Winston Cup era. Full points will be awarded for each race. Race nights with a single race are awarded double points (Road America, Daytona Night).

5 bonus points will be awarded for each of the following items:

Please have a livery on race night. It can be something from the storefront or an original creation. Bonus karma points for having a livery which looks period appropriate.

If you're making an original livery make sure you have your race number on both the driver and passenger side doors as well as the roof.
I've created a contingency vinyl package: 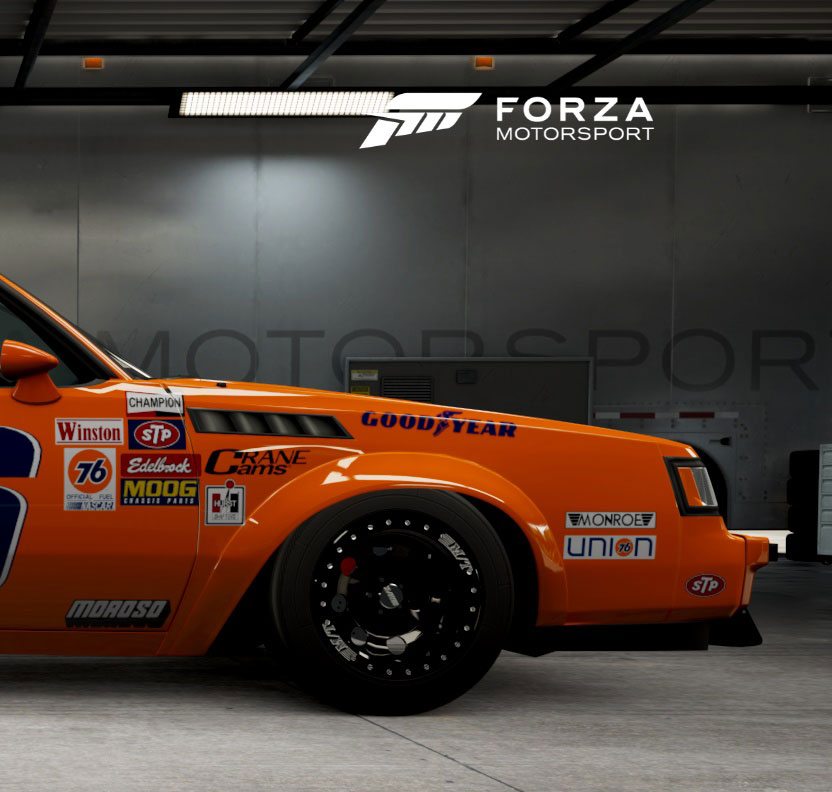 All the sponsors on the door and front quarter panel are up in the storefront as a complete set (minus the Goodyear logo which is a manufacturer logo). You'll need both IGNASCAR and ignascarL. Search my gamertag RenoWrench and you should be able to find them (YMMV because Forza search really sucks)

Feel free to run more sponsors or various combinations of these sponsors. I know there are a bunch of them in the storefront.

This site has a lot of pics from the era, even though it is possibly the worst site to navigate in the history of the internet: http://www.carsandracingstuff.com/library/subjects/stockcarracing.php
A great site with a lot of details for all eras of NASCAR: http://randyayersmodeling.com/modelingforum/index.php?sid=393f881935df5954b837a8433c075ecc

Get to building and prepare yourself!